On October 21, the boy, identified as Izhan, “and his mother Shakil, who works as a nurse in a hospital, were arrested without the police conducting an investigation into the allegations provided by a Muslim witness”.

Pakistani police arrested Izhan soon after being accused of setting Islam’s holy book ablaze on October 20 in Quetta, the capital of Pakistan’s Balochistan province.The mother and child “have expressed in no uncertain terms that they had been interrogated and suffered torture during their 4 day detainment. “However despite their treatment they both did not confess to the crime of blasphemy,” it adds. “Moreover, Police have confirmed that no evidence of any alleged [Quran] desecration was found.”

TOWARDS PEACE AND HARMONY
Minorities rights in Islam 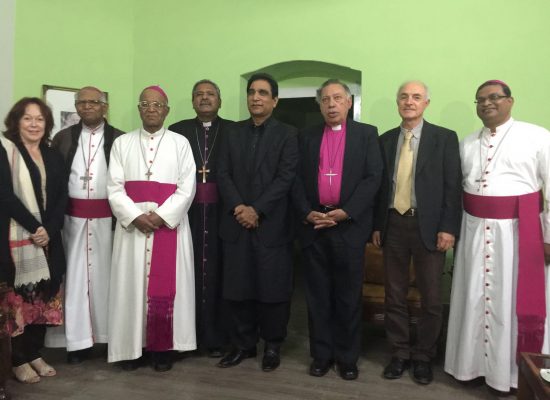 During a meeting with Catholics and Anglican Church leaders in Pakistan

During a meeting with Catholics and Anglican Church leaders in Pakistan